The fourth generation of Visser plug fixing technology was installed at Wagner Greenhouses in Minneapolis this spring. The Visser TIFS-4 is a twelve gripper Tray Inspection & Fixing System capable of processing over 10,000 plugs per hour.

Using newly developed technology that allows each gripper to have individually controlled movements, the TIFS-IV brings a higher degree of flexibility and accuracy to the market. The TIFS-IV is now able to produce the smartest and quickest grading combinations in tray inspection & fixing.

The TIFS-IV plug fixer is equipped with two ultra-high resolution cameras that are used to simultaneously determine the quality and position of the plugs in both the source and destination trays. The software then determines which plugs to replace based upon the operators entered specifications. The end result is that the TIFS-IV is able to fill the plug trays with 100% viable young plants. The TIFS-IV was  designed with speed and flexibility in mind; everything about this system is focused on helping propagators produce the highest quality trays.

Learn more about the TIFS-IV. 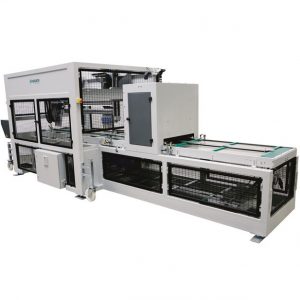