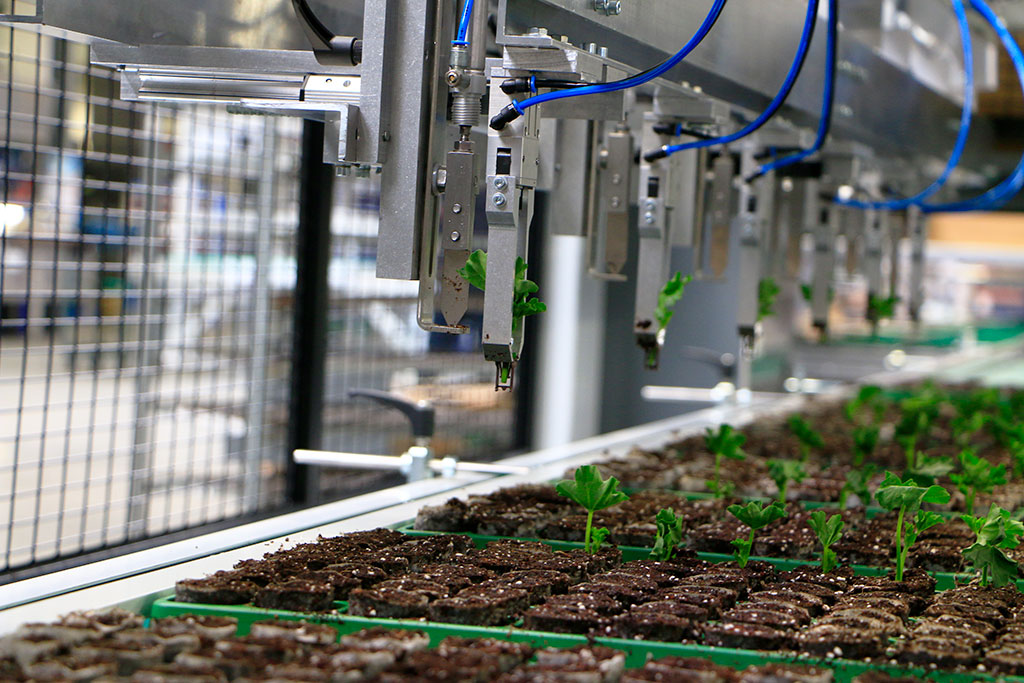 AutoStix is a revolutionary system that was developed to automate the process of the sticking of cuttings. Here is a short Q & A article outlining some of the key questions about the new AutoStix system.

1. What was the driving force behind the development of AutoStix?

2. Does AutoStix refer to the strip, or the entire system?

Ans: It refers to both the Strip & the Machine. The Strip is required for the machine to work perfectly.

3. How long does it take for the strip to biodegrade?

Ans: The AutoStix begins to biodegrade immediately and it takes approximately 12 – 16 weeks.

4. The pdf brochure states that the production capacity is up to 11,000 cuttings per hour per 6 head strip planter machine – is this true?

Ans: The average production capacity is 9500 cuttings per hour (including breaks, shift changes etc.) but we have had growers that have achieved 11,000 per hour.

5. Do you have an estimate on the time and money it can save compared to sticking by hand?

Ans: For URC it of course depends on access to labor and the labor rates. But the payback time is normally around 3-5 years. For an Autostix machine you need 2 people to stick 10.000 cuttings. Manually you can stick 1000-1700 cuttings average per hour per person, but you need an extra team around the sticking . You can save up 80% on labor. With the rooted strips now being offered in the market you will have even a faster payback time of the system.

6. Was AutoStix developed in conjunction Dummen Orange, or separately?

Ans: AutoStix was developed by Visser in co-operation with Ball Horticulture. Visser supplies the strips to the cuttings suppliers and the machines to the growers. Different cuttings suppliers developed their own technologies (independently). They took our Autostix as basis to develop more opportunities with the system. Good example is the Basewell program of Dummen (rooted cuttings in a strip). You can now plant into a finished container with your Autostix machine.

AutoStix is unique since the strips are a means for automation, but also provide opportunities such as:

• Tracking & Tracing of the product through the entire supply chain: a farm label can be attached to the strip, which later on can be transplanted with the plants.

• The buffering of cuttings (either at the mother-stock location, or at the grower)

• The rooting of cuttings in strip

• Spin off innovations based on the strip: strip is a carrier which makes it possible to handle multiple cuttings in one go, this can have many different applications.

• AutoStix is an open source system. Therefor AutoStix users can easily widen their range of plants by purchasing new varieties and new products in the strip.

For more information on the Visser AutoStix machine, contact one of our sales representatives.

How to Find a Greenhouse Transplanter for Every Grower’s Budget
February 15, 2017