Deciding on automating your growing facility can be a big decision – but it is a decision that will end up being a huge time, money, and labor saver.

In this “Let’s Talk About” we are going to showcase two Success Stories of our own customers who decided to automate.

The first story we are highlighting is that of Van Der Meer Garden Center in Canada, a family-owned and operated establishment.

The biggest issue that Van Der Meer was experiencing was a short season, and lack of floor space for growing; this was causing a two week gap between crop cycle rotation. They also run up to four different combinations (source to destination) a day – each needing a total machine adjustment.

After discussing their concerns with one of our Bellpark Pros; it was determined that a Visser Greenline Transplanter (pictured above at Van Der Meer) would be their perfect solution. The Greenline is capable of transplanting greater batches of plant product at high speeds; it also can store many operation configurations in the onboard computer, so you can switch combinations easily with the touchscreen controls.

After the Greenline was installed at their facility, Caleb van der Meer had this to say: “Our initial thoughts are that for the first time ever we are ahead of schedule on planting, in a season where production volume is up 30%”. The addition of the Greenline at the Van Der Meer Garden Centre meant that the two-week gap they were experiencing was cut down to less than a week: “that saved week means we can refill our customers instead”, Caleb noted. And as for the switching of combinations: “At this point, we can do that switch in 5-10 minutes. This is the main reason we spent the extra money on a modern machine”. 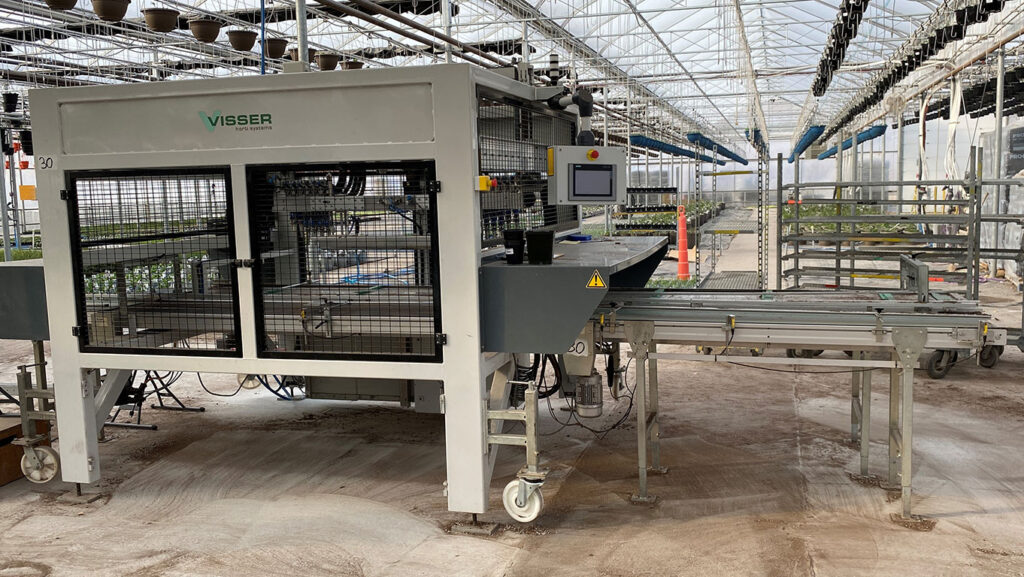 The second story we are highlighting is 4B Farms in the US, where they grow lettuce using Hydroponics.

The issue that was being faced at 4B Farms was something that many growers encounter before contacting us – humidity. Due to their humidity issues; 4B Farms was also experiencing an outbreak of powdery mildew on their plants, this can lead to an increase of pests, diseases, and loss of plants.

Straight away our team at Bellpark determined that DryGairs patented dehumidification solution would solve the problem that 4B Farms was experiencing. With their space requirements; it was deemed that a DG-3 would be their perfect fit. The DG-3 covers up to 10,000 ft², has an airflow of 4,200 CFM, and condenses 3 gallons (48 pints) of water an hour.

Once their DG-3 was delivered and installed; the Bellpark and DryGair team explained how to operate the unit and maximize its potential. Carol Buck of 4B farms stated: “The DG-3 is much quieter than we expected… the first night we saw results and were pleased that we no longer had condensation on the outer walls of the greenhouse”. The fact that the DG-3 was able to impact their plants on just the first night after installation speaks volumes to the effectiveness of these machines; “we noticed a difference right away,” Carol explained, “even on the cold rainy days, it kept the humidity in the building to 80-82% which is lower than it would have been without the unit”. 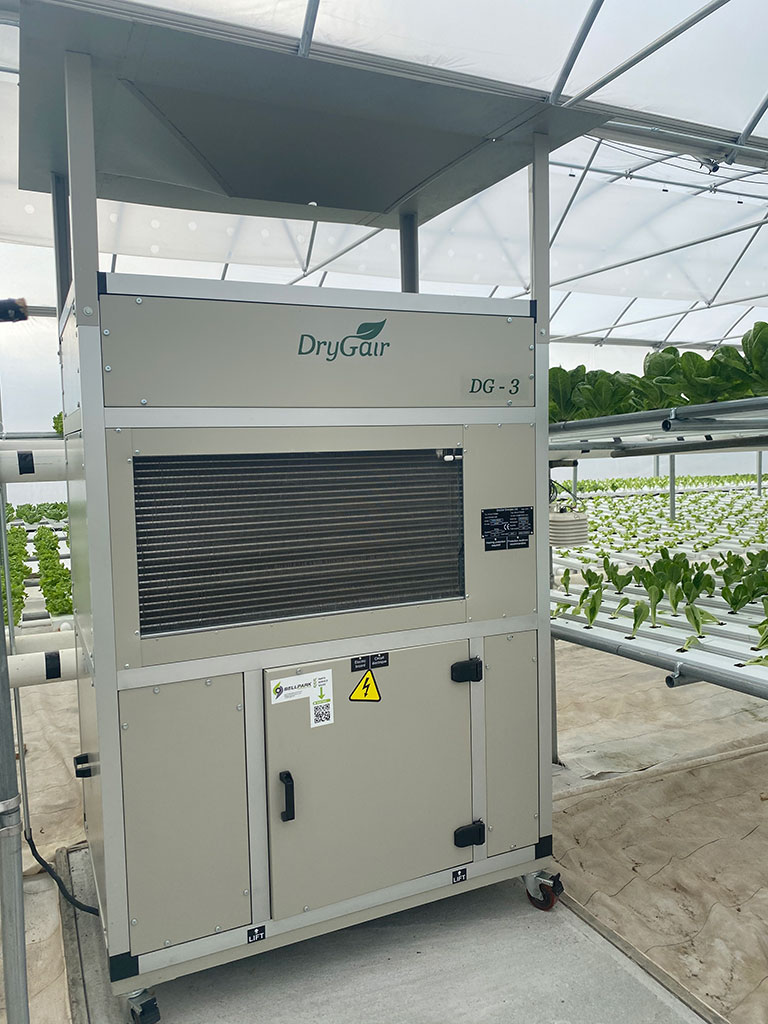 As a final note on their DG-3; Carol had this to say:
“We look forward to seeing how it does next winter, and we wish we would have found it sooner”.

At Bellpark, we always like to hear what our customers think about their machines – especially when they experience such gratifying success within their business. Deciding to automate can seem daunting, but it really makes a difference.